We must protect the silent and invisible youth

Girls and young women are more likely to face consequences such as sexual exploitation, have their personal phone numbers shared across the internet or used as ‘running trains’

Please note, only staff from our Teaching Partnership organisations can register and access the recorded webinars. 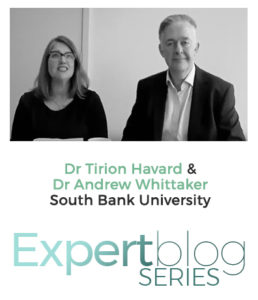 We must protect the silent and invisible youth.

As the inevitability of Brexit becomes unclear politicians and media warn that leaving the European Union will bring with it increased costs of living and fewer opportunities for development.

We know that many of our young people are disadvantaged through under-achievement in education and the consequent lack of employment opportunities.  Add to the mix early childhood trauma, growing up in families that are unable to care for them adequately or without families at all.  Is it any wonder therefore that our young people are turning to gangs for financial rewards, kudos and a place to belong?

But gangs are changing. De-robed of their gang ‘colours’ where clothing and other insignia were used to demonstrate a visible presence within their territory, gangs are deliberately becoming more covert to avoid detection by law enforcement agencies. A recent study into the gangs in Waltham Forest, “From postcodes to profit: changes to the risk posed by gangs in London.“ showed that previous media attention on gangs’ postcode wars and battles for territory are dated.

Now, a more cutthroat business model of operation exists, where drugs are sold within their own neighbourhoods or across county lines, driven by the desire to make money. In order to do this effectively and efficiently gangs may be changing the demographics of their recruitment.  Young white middle-class boys and girls, well dressed and well kept readily blend into predominantly white rural neighbourhoods, placing them below the criminal justice agencies radar and making the gangs less susceptible to detection, arrest and confiscation of their profits.

When this does happen, senior gang members, are protected.  The young people who are often coerced into gang activity are too frightened to speak with Criminal Justice agencies, so their prosecution and conviction seem inevitable.  At the same time, these vulnerable children are responsible for the merchandise they are carrying and thus incur debts to the gangs, often to the sum of thousands of pounds. It is unlikely that these debts will ever be settled and so a way out of gang life will not be easy and perhaps impossible.

Girls are particularly susceptible to getting lost within this system.  Their lack of recognition is reflected in government statistics which breaks gang membership into different ages but hasn’t considered gender make-up.  The shortage of female police officers means that there are fewer opportunities to strip search young women, making it easier for them to avoid detection and more attractive ‘mules’ across county lines.  Simultaneously, girls and young women are more likely to face consequences such as sexual exploitation, have their personal phone numbers shared across the internet or used as ‘running trains’ (ie sex with multiple gang members) that might be more accurately described by the term gang rape. Unprotected sex leads to a higher risk of sexually transmitted infections making women and girls susceptible to physical ill health as well as emotional trauma.

So, while we battle it out for where we should or should not sit within the European Union, we must not forget the next generation who are being pulled, coerced and trapped into a life of crime and exploitation.  The government have made pledges to take a public health approach, to work with professionals and young people and make the lure of gangs less attractive. The current US model provides a good opportunity to look at what has worked and what has been less successful with our neighbours across the pond.  Join Andrew, Brian Gilchrist (Fulbright scholar from New York) and myself on the 2nd July to hear about what we can learn from the different approaches.