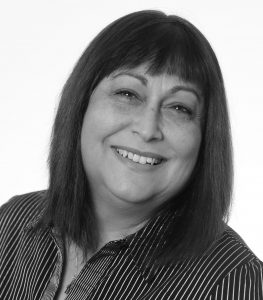 Here are some ‘wow’ statistics.

Some super-agers (people over the age of 80 who retain cognitive abilities that are similar to people in their 50s) despite their cognitive abilities, have and will have physical problems resulting from conditions such as arthritis, diabetes, cardiovascular disease, visual and hearing impairments. These may lead to low levels of physical fitness which often lead to the need for some help with their daily living activities. In addition many of those who are fairly independent or semi-independent, may be living alone and because many of their contemporaries may have died, or because they find themselves living far away from family members, they can become very lonely and isolated. These and other factors impact on their quality of life.

Notwithstanding the amount of resources needed to care for the old and very old who do suffer loss of memory and have more severe health problems, there is a realisation that the current shortages of human carers will be exacerbated to such levels that urgent solutions will need to be found as soon as possible in order to prevent a highly undesirable human crisis which will affect not only the old but every person in most societies.

The CARESSES project aspires to be part of the search for such solutions. CARESSES is an international, multidisciplinary project whose goal is to design the first robots that can assist older people in a culturally competent manner through their ability to recognise and adapt to the cultural preferences of the individuals they are taking care of. The robots will help the users in many ways including reminding them to take their medication, encouraging them to keep active, helping them keep in touch with family and friends. Each action will be performed with attention to the older person’s customs, cultural practices and individual preferences.

CARESSES is funded by the European Commission and the Ministry of Internal Affairs and Communications of Japan. The project started on the 1st January 2017. Professor Irena Papadopoulos, Middlesex University, is leading the development of cultural scenarios and guidelines for the programming of the robots. This is a pioneering project, the first of its kind, which recognises the importance of people’s cultural identity, the diversity within and between cultures and therefore the crucial principle of avoiding stereotyping people. Embedding a robot within a care team or in an older person’s home requires their acceptance of the robot, their understanding of what it can and cannot do, and the preparation of the robots’ users (formal carers, families, older people).

In addition to the cultural competence of the robot, the project team is taking great care to develop the robot on solid ethical foundations.

This work has been supported by the European Commission Horizon2020 Research and Innovation Programme under grant agreement No. 737858.

You can find more about the project by visiting the CARESSES website at http://caressesrobot.org/en/

You can also follow me on ResearchGate at https://www.researchgate.net/profile/Irena_Papadopoulos

To research or not to research? Promoting research minded social workers