Social workers: champions for LGBT+ rights in the UK 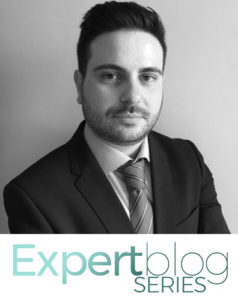 Over the past decade, there has been an increased interest in Lesbian, Bisexual and Transgender (LGBT+) issues in social work research, education and practice. Despite changes to legislation to protect LGBT+ rights, such as, the Marriage (Same-Sex Couples) Act 2013; the Equality Act 2010; Civil Partnership Act 2005; Gender Recognition Act 2004; Employment Equality (Sexual Orientation) Regulations 2003 and Sex Discrimination (Gender Reassignment Regulations 1999), research suggests that LGBT+ individuals are still victims of discrimination and bullying, which has an impact on their personal and work-life, and their mental health: for example, in gendered patterns of hierarchy, occupational segregation, the predominance of heterosexuality, harassment and discrimination, and in the questioning of work-life balance, particularly in relation to family responsibilities.

Despite our progression in society towards LGBT+ rights and responsibilities, and the level of education, promotion and awareness of the same, many are still uncomfortable with or unsure about homosexuality (Sharpe, 2002). This uncertainty of the non-heterosexual orientation usually results in discrimination and oppression. Apart from homophobia, which is the hostile reaction to lesbians and gays as expressions of irrational fear (Herek, 1984), factors such as, religious and/or political beliefs and one’s morals, also reinforce these attitudes towards the LGBT+ group.

Why is it different for the LGBT+ community? There’s more “coming out” than meets the eye.

Although we have seen an increasing acceptance of LGBT+ individuals, as well as the efforts of legal and mental health advocates to fight for equal rights of sexual minorities, the choice to disclose one’s sexual identity or not remains challenging (American Psychological Association, 2009), causing LGBT+ individuals to question the ‘risks’ to either their personal life or their professional careers in disclosing their sexual orientation.

What about social work?

Social workers are the champions overlooking vulnerable LGBT+ children and adults and it is vital for social work practitioners and educators to join hands and provide both educational material and policies to protect LGBT+ rights. Supporting colleagues, valuing their expertise and experience and role modelling LGBT+ inclusiveness are all key factors that we can portray in everyday life and in the work environment. Challenging discriminative behaviour is everyone’s business, not just that of LGBT+ people. It is often a complex process to challenge personal beliefs and stereotypes, but health and social care professionals know that these beliefs need to be set aside when the sole priority is the service user. Whether it is a gay couple who wish to adopt, or a lesbian woman who finds herself homeless and kicked out of her home because of her sexuality, it is fundamental that the care they receive is unbiased.

Stigma towards LGBT+ individuals cannot be eradicated overnight and shifting cultural beliefs is a slow process that requires imaginative and creative methods to encourage people to learn more about LGBT topics. Exposure to LGBT issues, through awareness workshops and campaigns, could facilitate this process.

The need for social workers is becoming ever more evident in supporting LGBT individuals and when I talk about “joining hands”, I would like to introduce to you the International Sexuality and Social Work Interest Group. This is an international virtual forum on sexuality issues whose members are professionals involved in social work education, policy and practice. I co-chair this group with a colleague from the USA, Dr Melissa Bird.

The group hosts a biannual conference on sexuality issues. In the past, we held our first international conference in Olten, Switzerland in 2016 and in 2018 the conference was held in Montreal, Canada. You can find more information about the group here: https://sexualitysocialwork.wordpress.com/about/

If you have an interest in the topic and wish to be involved in or disseminate research, you can join the group for free by visiting the website and connect with like-minded social care professionals.

Alfonso Pezzella is running a learning symposium on ‘Recognising diversity as an asset: Supporting service users across different gender identities and sexualities’ on Wednesday 27 February. Book your place now!